The Lockdown Letters – bonkers correspondence to and from U.K. punk artists during 2020 by D & D Philpott

The Book & The Authors

For over a decade, ‘Team Philpott’, as their followers fondly refer to them, have been on a quite bonkers crusade, writing old-fashioned letters to punk, pop and rock stars, picking up on genuine ambiguities within their lyrics or often deliberately misunderstanding them for comedic effect.

The letters are eminently publishable in their own right, but what makes this project especially deserving of attention is that it has achieved a feat never before attempted or probably even thought of. The artists quite unexpectedly started to reply, writing back in just as witty and articulate a fashion, politely pointing out exactly where the original letter went wrong…or right.

Under pressure from fans to go to print, a staggeringly successful Kickstarter Campaign in 2015 raised over 18k in order to self-publish, resulting in a wonderfully impressive book that went out to the hundreds of pledgers and was met with great acclaim before being made available via Amazon prompting nearly 100 five star reviews from avid readers. This was followed in 2018 by Dear Mr Pop Star, which was if anything even better received

Now they present Grammar Free in the UK – The Lockdown Letters, a collection of brand new waggish letters to UK Punk bands and artists, with hilarious responses, all written during the 2020 Lockdown. The book will be initially limited to a print run of 1,000, with a substantial proportion of each copy sold being donated to punk-related charities.

As someone who’s read the previous books by the Philpotts, I made sure not to read this one on the train – last time I did that, I laughed so hard and was engrossed. Thus, I missed my stop which resulted in going into London and going back out on another train again!

The books are filled with letters to pop bands and their responses; the letters are suggestive, sometimes hilarious, sometimes blunt, always about the song texts and titles – taken literally. Bring in some family members for some reason, don’t ask me why, et voila, you’ve got something that in this case punk bands, eagerly respond to.

Their responses are equally blunt, hilarious, and insightful… the latter not! You have to applaud the respondents, most of them did consider and carefully crafted their reply. I love them! There are too many pearls to mention but let me share a few I loved. 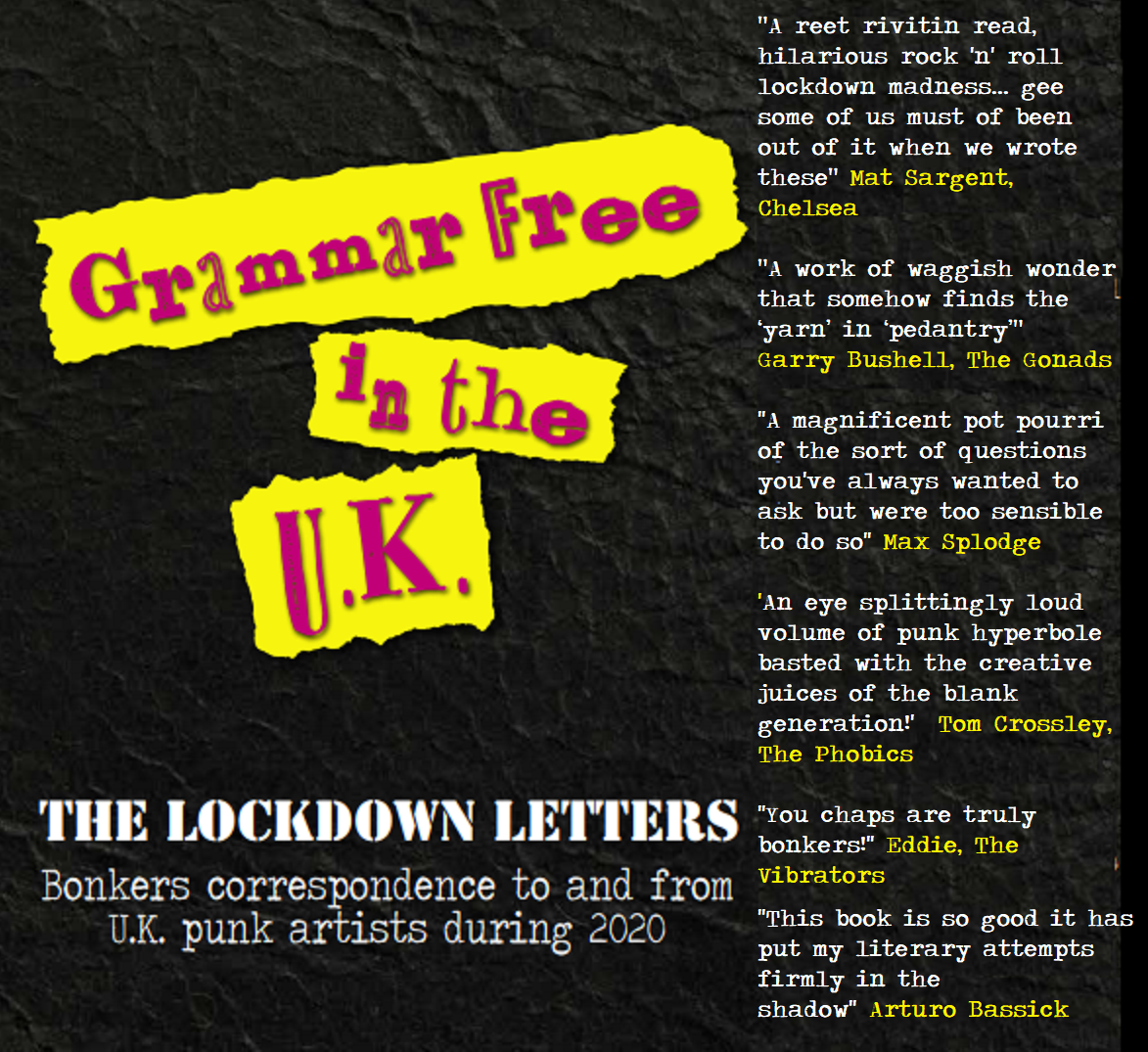 Dunstan Bruce of Chumbawamba is ‘accused’ of having put ‘knocked down’ instead of the more accurate ‘self-inflicted inebriatory stumble’ – I hate to correct the vigorous Mr Philpott but could he have meant ‘inebriated’? You’ve got to love Mr Bruce’s answer who responds with, ‘Have you ever been to the bad-tempered bilious backwater that is Billingham?’ And then goes on to describe how ALL artists use Billingham as the place to survive (Gloria Gaynor), escape from (Blur), or even cry out Help (Beatles). Fab!

Philpotts’ super fun letter about Rubella Ballet’s song, ‘Vampire Wedding’, enquiring into the arrangements for the wedding, whether or not the hotel conference room will do is only surpassed by the brilliance of the answer received. The Severed Head of Hospitality, answering on behalf of the hotel (staff) mentioned the difficulties experienced hosting such a unique event and includes an invoice of £666 (!) for their inconvenience. Laughing so hard.

Finally, I have to share this answer by Jonzip – on behalf of The Zips, so perfectly fitting for our current divisive and challenging times. When questioned whether the band’s name should be changed to ‘The Velcro,’ Jonzip responded sublimely. He said, ‘The Zips have held things together over the years, through all the ups and downs, and rather than succumbing to the expansionist policies, or spread of the radical middle, have instead, always strove for closure between the left and the right.’ The answer had me in stitches and in awe. Love it!

Grammar Free in the U.K. is a humorous, hilarious and riveting addition to the Philpotts’ popular book series. Highly recommended – five stars from me. 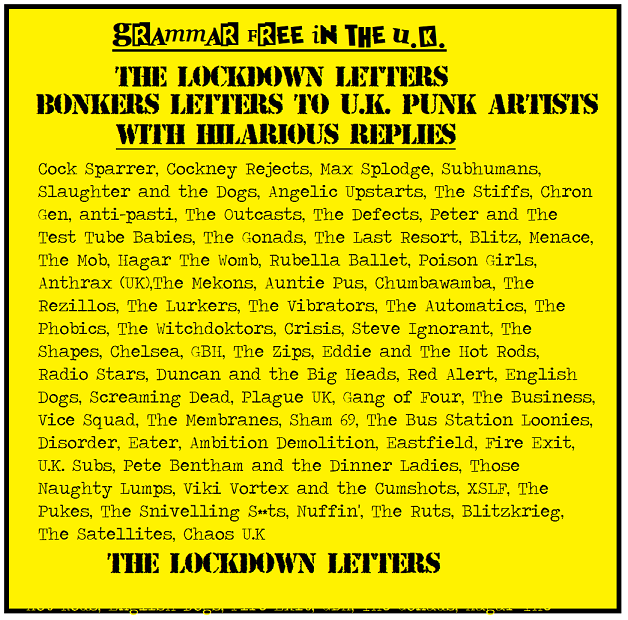 On all professional editing & writing services: 10% Discount for members of the Alliance of Independent Authors.

For publishing services, do check out City Stone Publishing at www.citystonepublishing.com.

BOOKS FOR KIDS OF ALL AGES

This page is exclusively for children’s books. Adults, read the reviews and remember your childhood books that stayed with you! Astrid Lindgren, A.A. Milne, E.B. White – just a few names you’ll no doubt recognise.

I feel strongly about opening up the wonderful world of books for children. If we can show children how fascinating, motivating and enchanting reading is we are already providing them with a better tomorrow!
A growing number of readers would like to read an audiobook - listen to it during a car drive or doing chores or perhaps just relaxing in a chair.